Ajinkya Rahane warmed up nicely for the upcoming two-Test series against New Zealand with his 33rd first-class century.

An innings of 101 not out in close to four hours, as India A batted out the 56-and-a-half overs on the final day in Lincoln to draw the game, which had lost the whole of the second day to rain.

New Zealand had earlier declared on 386 for 9 after Daryl Mitchell got to his century, and the Indians responded with 467 for 5, the match called off as soon as Ajinkya Rahane got to his century with a boundary off Glenn Phillips. That left the two-match series level at 0-0, the first game, in Christchurch, having ended with honours even too.

The fourth day started with Shubman Gill on 107 and Cheteshwar Pujara on 52, but Pujara couldn’t quite build on it, adding just one more run before becoming the first man out on the day. Gill carried on for a bit in the company of Rahane, but was the next man to fall for 136. For Gill, it was a fruitful tour, as the century came after he had scored 83 and 204 not out in the first game.

The best partnership of the day came after that, between Rahane and Vijay Shankar, as they added 120 runs for the fourth wicket in 28 overs, before Vijay became Ed Nuttall’s second victim, dismissed for 66. Nuttall had earlier accounted for Gill too.

Rahane upped his game after that, even as KS Bharat came and went for 22, and R Ashwin got a little time in the middle too, before getting to his century with a six and a four off Phillips. 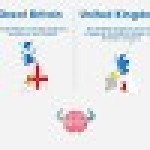