AAP’s manifestos were aimed to the work done in the educational sector, health and cheap electricity and water supply, whereas BJP candidates delivered messages against anti-CAA protests. Once again, Congress failed to open its account.

Manish Sisodia and Atishi Malen have won their respective seats after the initial scare. Deputy Chief Minister, Manish Sisodia defeated BJP’s Ravinder Singh Negi in Parparganj whereas, Atishi defeated Dhaarambir Singh in Kalkaji. The biggest AAP heavyweight trailing at the moment is Speaker Ram Niwas Goel.
Arvind Kejriwal thanked Lord Hanuman for his victory and dedicated it to the nation. He will take oath on February 14, 2020, the same day he took the oath in 2015.
The elections took place on February 8, 2020. The voter turnout in Delhi was 62.59%.

The Delhi people do not want to see congress in Delhi Constituency. after more than 5 years did not able to win a single seat in Delhi. apart from Congress BJP wins 3 Seat in 2015. But In 2020 BJP won 8 Seats In Delhi legislative assembly elections. Arvind Kejriwal maintain His Party continuously 3 rd Time In Delhi Elections 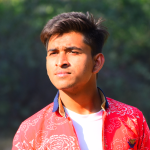 […] after, Duffy removed Kyle Jamieson and Nathan Smith got rid of Lockie Ferguson to leave Auckland 253 for 8, Which the Colin Munro […]