Valentine’s Week with Your Love

The week of love, of romance, of gifts and whatnot. The most awaited week of February, in fact of the whole year. These 7 days are quite sweet than the rest of the days, you can only feel this if you are in a romantic relationship; otherwise, you just sit and wait this week to come to an end.

Do you know what exactly is Valentine’s Day celebrated? Yes, there is a whole lot of history behind it and so many facts. There are numerous martyrdom stories associated with various Valentines connected to February 14, including a written account of Saint Valentine of Rome’s imprisonment for performing weddings for soldiers who were forbidden to marry and for ministering to Christians persecuted under the Roman Empire. According to legend, Saint Valentine restored sight to the blind daughter of his judge, and he wrote her a letter signed “Your Valentine” as a farewell before his execution. The Feast of Saint Valentine was established by Pope Gelasius I in AD 496 to be celebrated on February 14 in honour of the Christian martyr, Saint Valentine of Rome, who died on that date in AD 269.

Famous poets and playwrights such as William Shakespeare, John Donne have even written about this day. Many poems are there to make it even more romantic. Valentine’s Day is mentioned ruefully by Ophelia in William Shakespeare’s “Hamlet” (1600–1601):

To-morrow is Saint Valentine’s day,
All in the morning betime,
And I a maid at your window,
To be your Valentine.
Then up he rose, and donned his clothes,
And dupped the chamber-door;
Let in the maid, that out a maid
Never departed more.

Now let’s talk about the days that are included in this week. If you ever check valentine’s week online, yes you will get this article but along with it you will get a list of 7 days in the valentine’s week. The days, I have noticed, are in order so that you can be 100% romantic on Valentine’s Day. The week starts by, Rose Day on February 7  followed by Propose Day, Chocolate Day, Teddy Day, Promise Day, Hug Day, Kiss day and last but not the least the Valentine’s Day.

At last, I will suggest doing whatever you want to, spread as much love as you can, but just don’t hype this week up in front of those who are single. They can be really pissed and hurt, both at the same time. and HAPPY VALENTINE’S DAY. 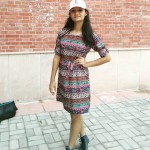